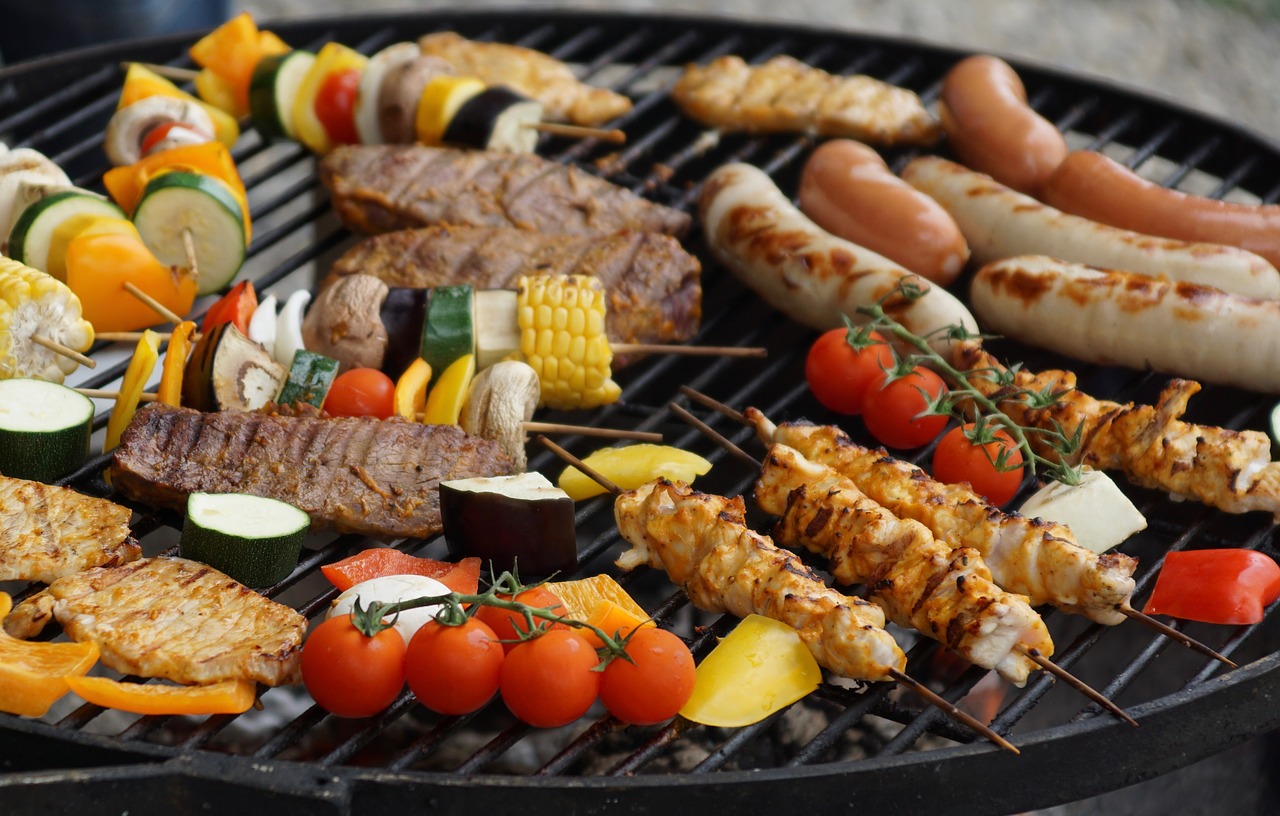 The Cuisinart CGG-180T Petit Gourmet Portable Tabletop Gas Grill is one petite grilling device. Advertised as a tabletop cooking device, it can be easily transported anywhere the occasion may be, be it at the park, the backyard, or yes, even when you’re camping in the woods. It’s fueled by propane, so extension cords or electricity source shouldn’t be a problem.

In this Cuisinart CGG-180T review, let’s talk about what previous buyers have to say about this unit, specifically its pros and cons. Does its briefcase-style design work? How much food can you cook at a time? Does it deliver good results? These questions should be answered as we go along this post.

Top Features of the Cuisinart CGG-180T

It’s impossible to write this review without a brief rundown of this product’s key features and specs. So, here goes…

As you can see from the chart above, the impressive feature of the Cuisinart CGG-180T is its portability because of its briefcase-type design. It comes with two sets of super stable aluminum legs, and it has a table base that you can easily fold when it’s time to pack things up. 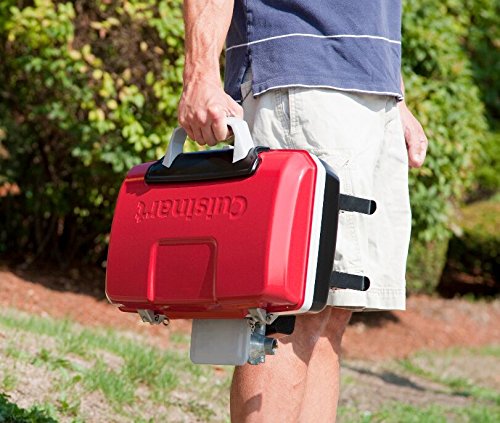 Other than the design, note that the CGG-180T has a grilling area of 145 square inches. As advertised, with this cooking surface, you can cook “8 burgers, 8 steaks, 6 to 10 chicken breasts, or 4 pounds of fish” at a time. 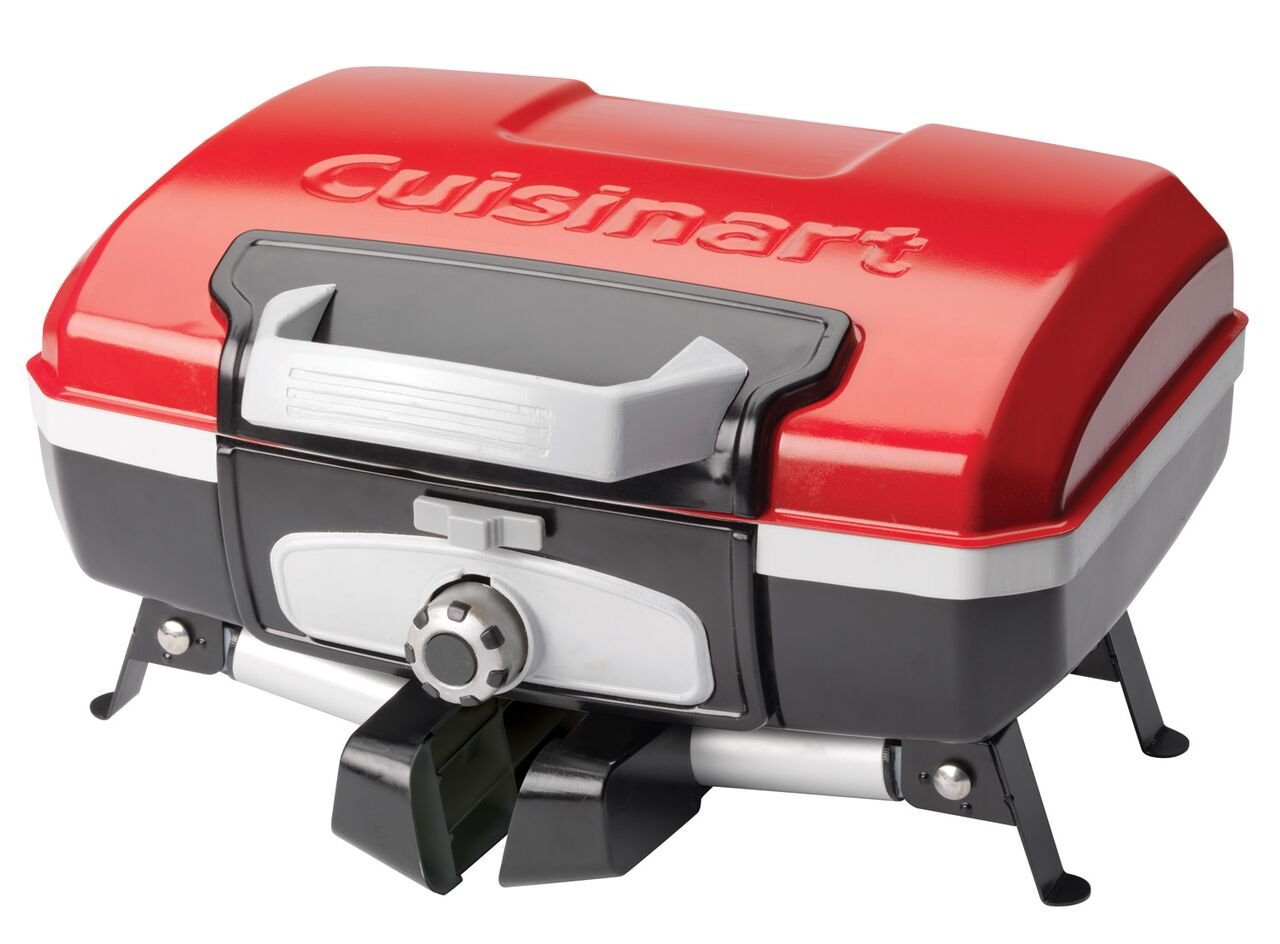 How did the Cuisinart CGG-180T fare among previous buyers? In this section, let’s list down the pros and positive comments posted on a popular online retailer.

Its size is perfect for people with limited storage space. If your patio doesn’t have room that’s big enough for a heavy-duty grill, the CGG-180T is the perfect solution. It can be folded away easily for storage.

One person mentions that this gas grill doesn’t consume much propane. To borrow his words, the CGG-180T is fuel efficient. From another person’s observation, this grill uses little propane but it can still reach up to 400 degrees Fahrenheit. That said, it can do a good job searing steaks to medium or medium rare doneness.

The Cuisinart CGG-180T is not a perfect device. It has its limitations, and we list them down below.

At least two buyers have complained that the catch basin is quite small, making grease to build up and spill quickly.

This is not for a large number of people. The cooking surface is good for at most 3 or 4 people.

When buying the Cuisinart CGG-180T, here are some things to keep in mind.

First, this is not a large grill with 2 or 3 burners. But it performs the way it promises to be – a portable mini gas grill that you can take anywhere, or use if you have limited space for grilling. It’s a grill that can cook burgers and hot dogs, but cooking time and maximum temperature are not at par with larger grills. 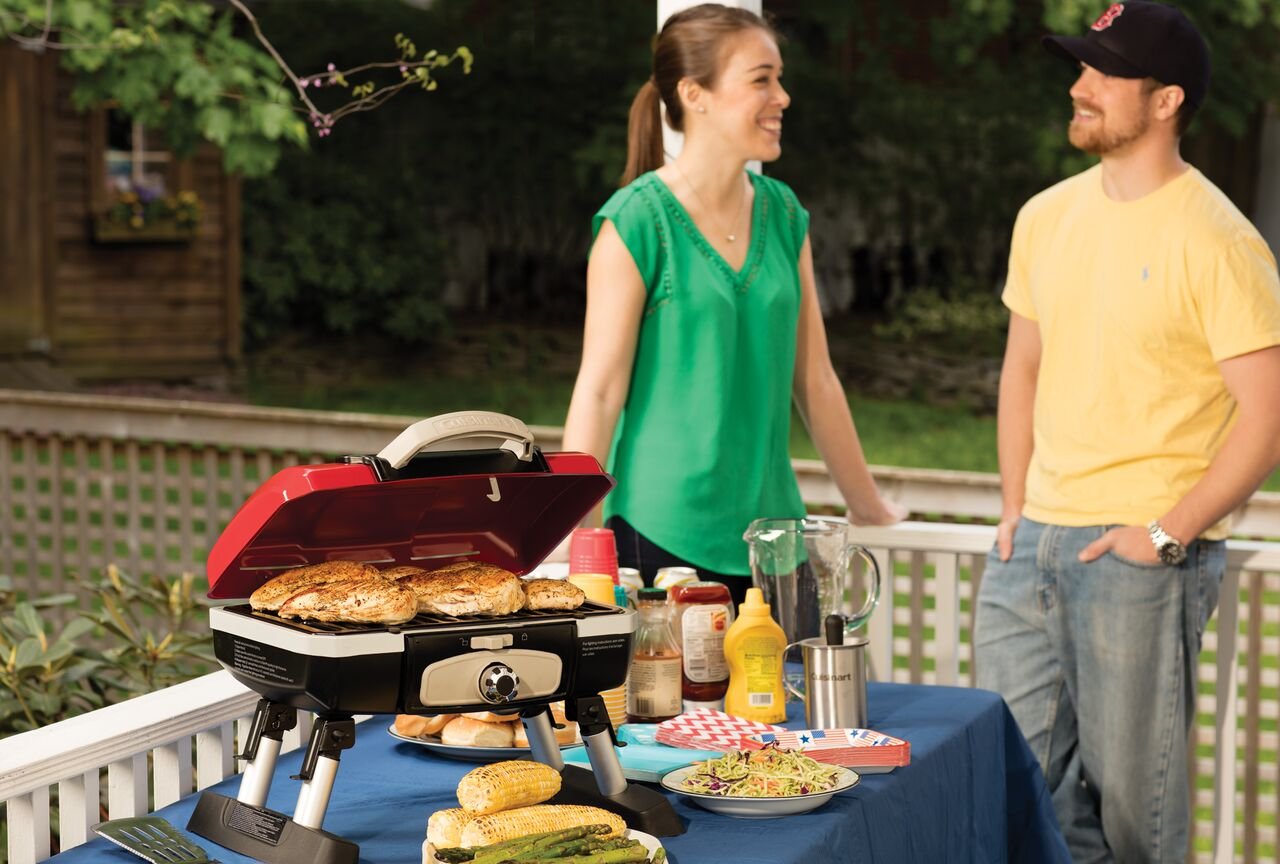