Coleman Triton vs Classic… which propane stove has better features? Both are classified as “camp stoves.” They’re both compact, easy to carry, and easy to use.

Let’s find out which areas these portable Coleman stoves differ in in this comparison report.

You’ve seen the chart above. Based on the data we’ve gathered, there are only a few differences, which we list down below.

First, take note of the following key similarities. One, they’re equipped with PerfectFlow and PerfectHeat features, which help in efficiency, low fuel consumption, and consistency in performance. Second, they have a Wind Block to protect against the wind. Third, they’re able to accommodate a 12-inch and a 10-inch pan at the same time.

Now, let’s talk about their differences.

The Classic and the Triton almost have the same features and parts, but their main difference is the BTUs they produce.

Between these two Coleman propane stoves, the Triton produces more total BTUs than the Classic. As advertised, it has a total of 22,000 BTUs of cooking power, or 11,000 BTUs for each burner.

They both have a 3-panel Wind Block, but the Triton has “dent” marks as part of its design. The Classic, on the other hand, is flat except where the Coleman logo is.

Both of their burners come with a separate control knob, but look at the images below, and you’ll see that the location of the knobs are different for each Coleman stove. 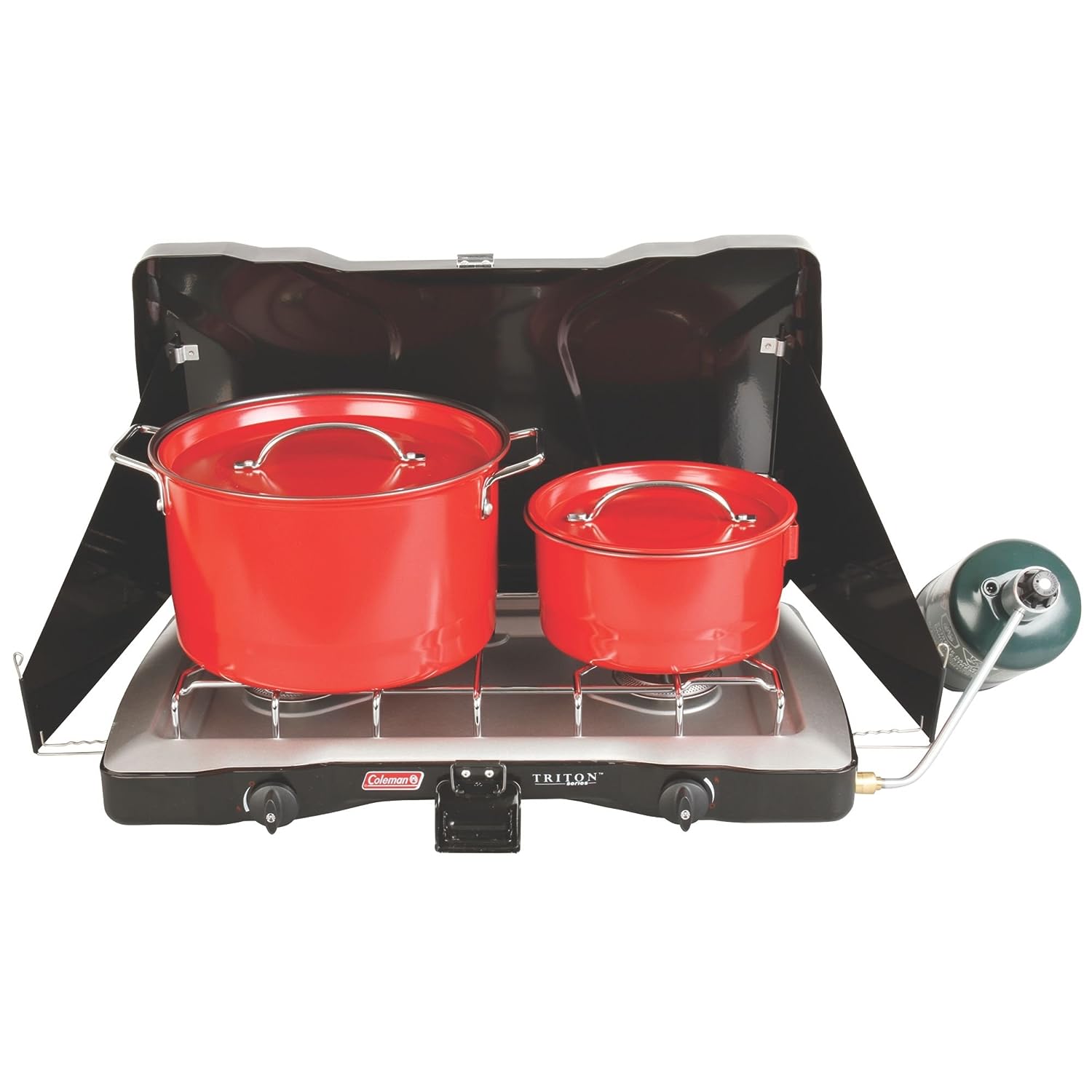 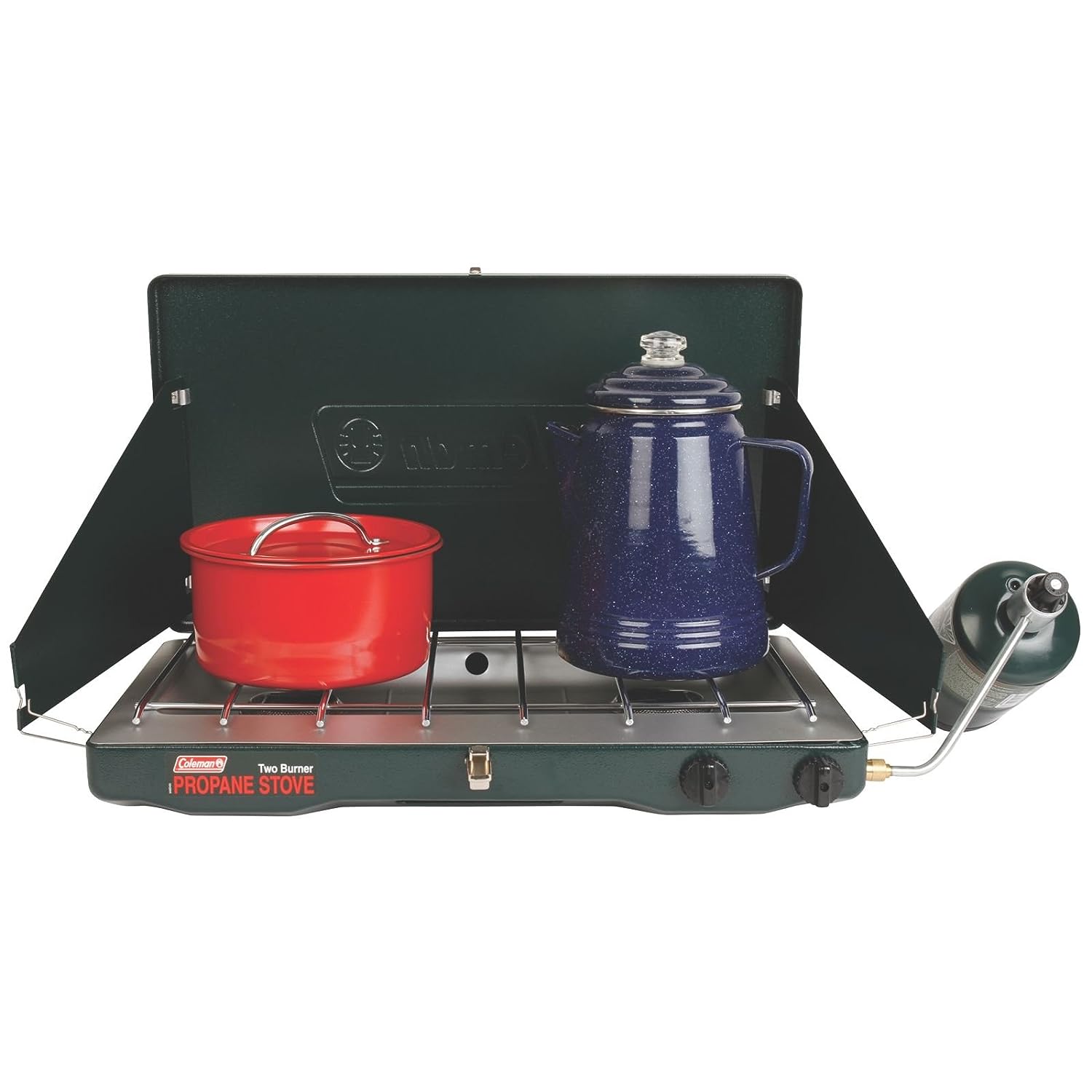 Which of these Coleman propane stoves should you choose?

We’re going with the stove with more BTUs, and that is the Coleman Triton. 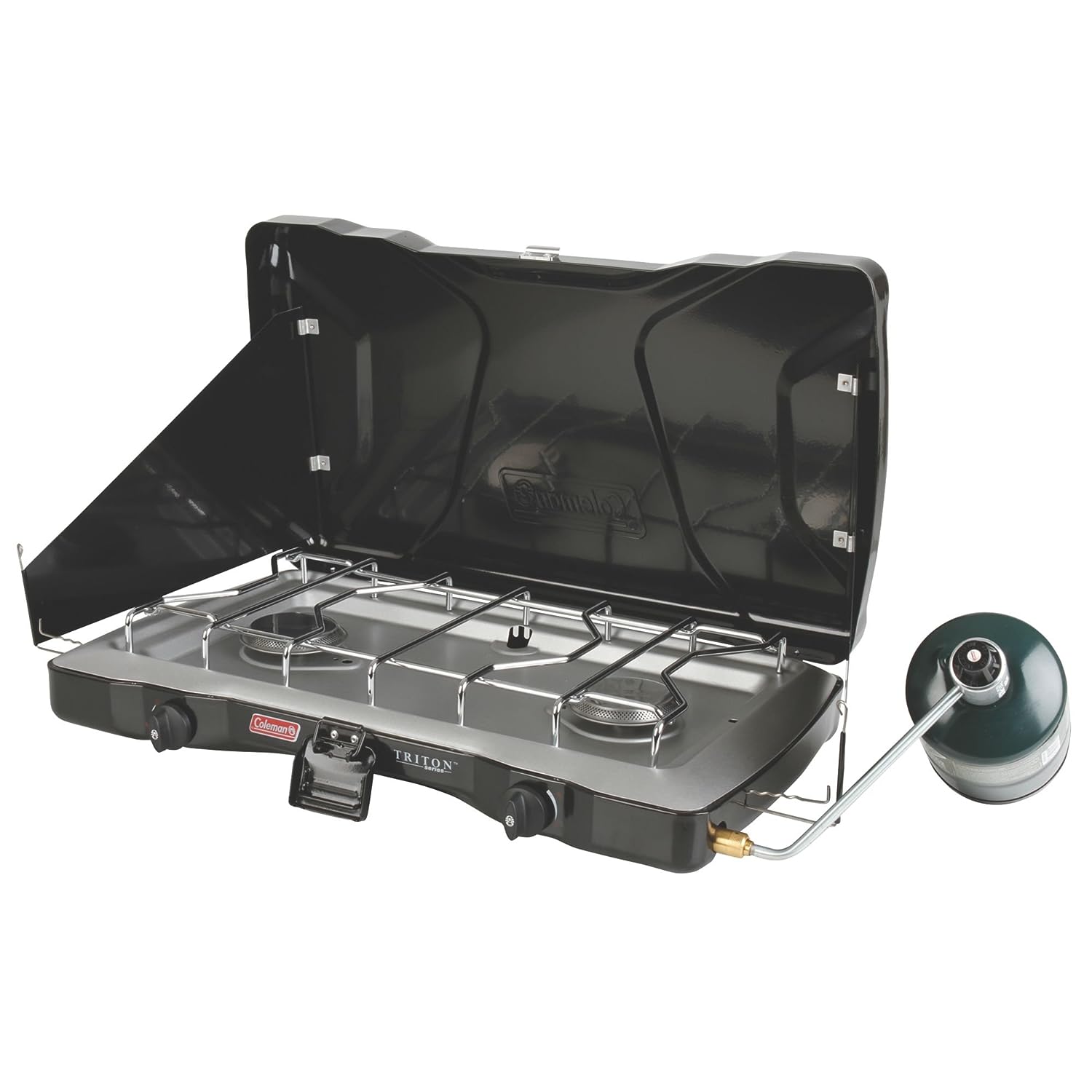