Don’t have enough cooking space for breakfast and you’re constantly running out of time? Get a griddle with enough cooking surface. This way, you can cook for the whole family in just a few minutes.

There are several brands to choose from, but if you want a no-frills, simple, and easy-to-use griddle, then perhaps you’d like to get the PCG-10 from Broil King?

But before you answer that question, learn everything there is about the product – including its pros and cons – in this Broil King PCG-10 professional griddle review. 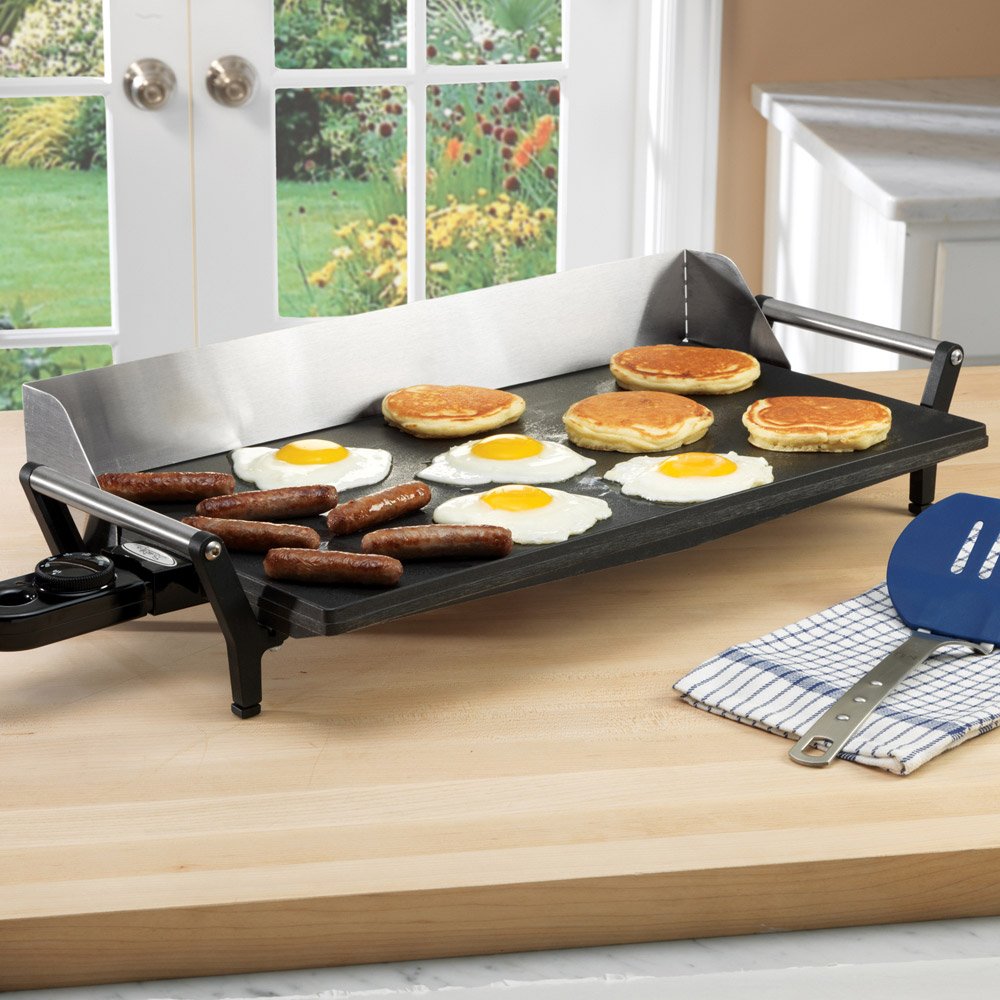 What are the key features of the PCG-10? Here’s a list.

According to the brand, the “Healthy Lift” feature is unique to the Broil King PCG-10. How so?

The rear leg has leg extenders that can be adjusted so that it is elevated by a quarter of an inch. What happens is the oil or grease flows down the surface and gets collected in the grease cup. That way, you don’t have to worry about oil leaks and you’re ensured of a mess-free cooking process.

The Broil-King Professional Griddle is equipped with a removable splash guard (or sometimes called backsplash). Its purpose is obviously to make sure that oil splatters on your kitchen countertop are minimized.

The Broil King PCG-10 comes with a heavy-duty temperature probe, which you can adjust up to 420 degrees F.

Other Features and Technical Specs

Watch this video to get a closer look at the feature and parts of the Broil King griddle.

In this section of our Broil King PCG-10 Professional Griddle review, we list down the pros and cons of the product provided by previous buyers.

Should you get one? Here’s our recommendation.

Buy the Broil King PCG-10 with reservations. When it comes to cooking capabilities, it does the job well – no hot spots and food is cooked evenly. However, there are concerns about the quality of this product that you shouldn’t ignore.