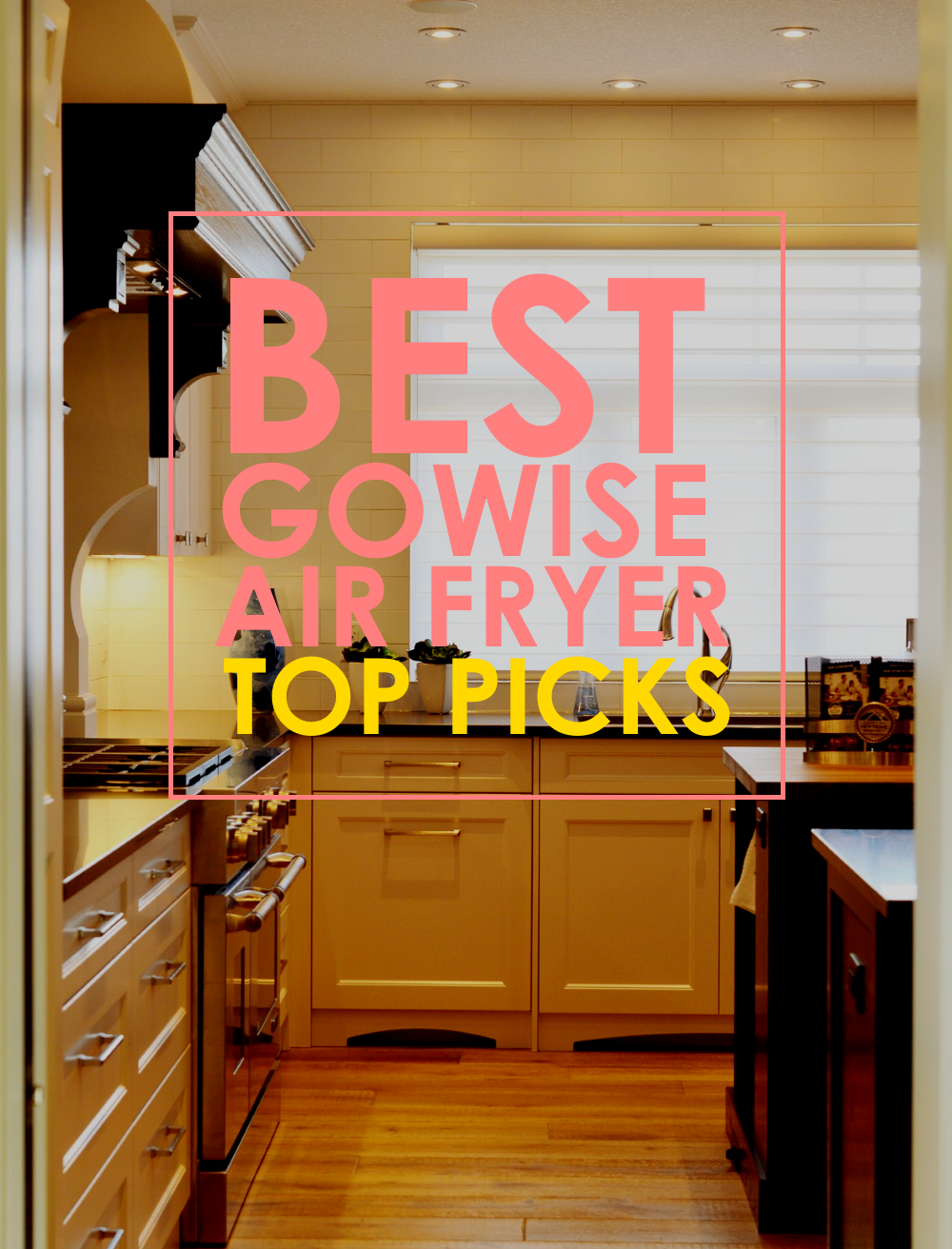 According to their official website, GoWise USA is a “Ming’s Mark brand,” a Phoenix-based company whose catalogue spans a variety of products needed for the kitchen, sports, and camping. Under the GoWise USA name, the company has made its mark selling pressure cookers, bathroom scales, and air fryers.

What is the best GoWISE air fryer? There are several models to choose from, but based on feedback and reviews, here’s a list of those that have stood out.

Boasting a touch-screen interface, the GoWise GW22621 is equipped with a 3.7-quart frying chamber that allows you to cook a variety of food items, from frozen fries to seafood. It’s advertised as a 7-in-1 device; meaning, it has 7 pre-set programs to choose from for easy and quick cooking of your favorite dishes. Choose among Chips, Meat, Steak, Shrimp, Chicken, Fries, and even Cake.

Just like the other GoWise air fryer models on this list, the GoWise GW22621 has Rapid Air Circulation Technology, a feature that ensures that hot air is quickly and evenly circulated all throughout the chamber. It also comes with a recipe that’s especially helpful for first-time users.

RELATED: What is the Best Digital Air Fryer? Top Picks 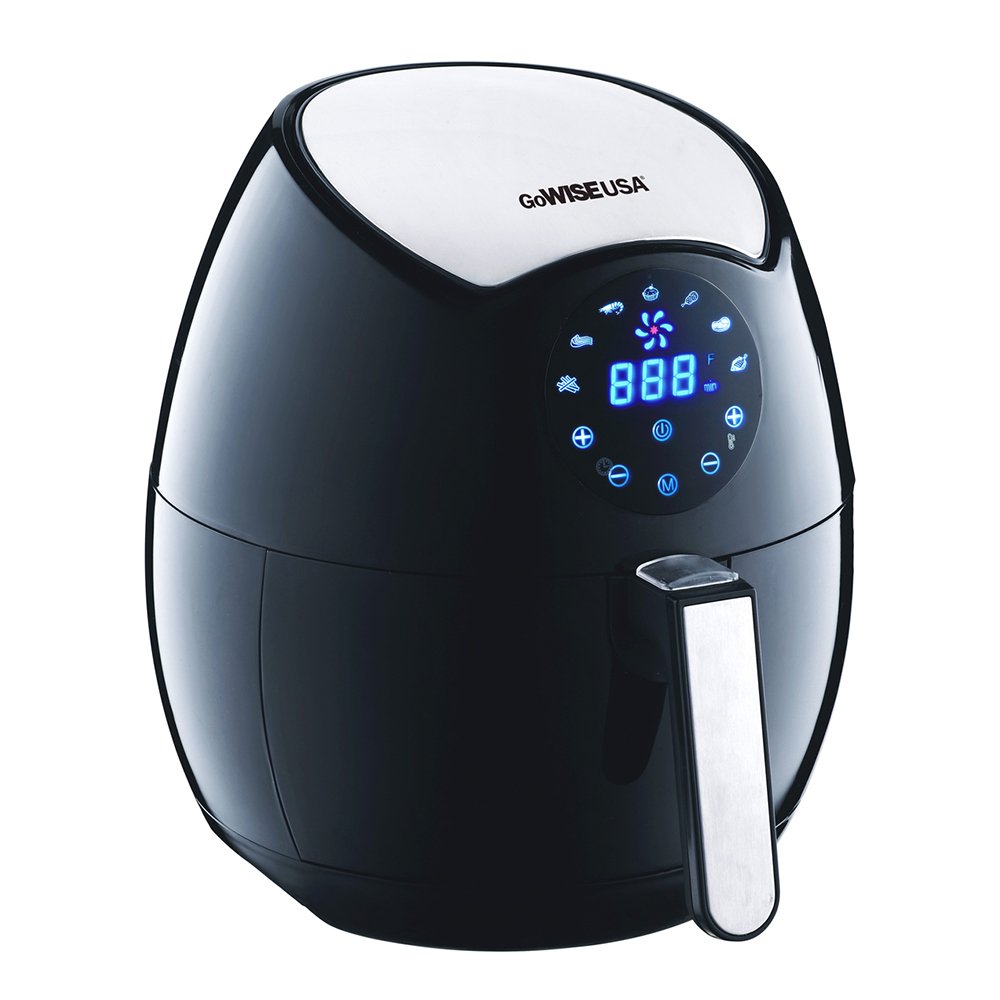 At 13 pounds, the GoWise GW22638 is slightly heavier than the GW22621 by one pound. The good news is that it also has 1 more pre-set program, making it an 8-in-1 frying device. You can set the timer up to 30 minutes, and set the temperature from 176 to 392 degrees Fahrenheit. If you’re looking for a non-black air fryer, know that this model has three other colors to choose from: white, chili red, and plum.

RELATED: What is the Best Philips Airfryer? Top Picks 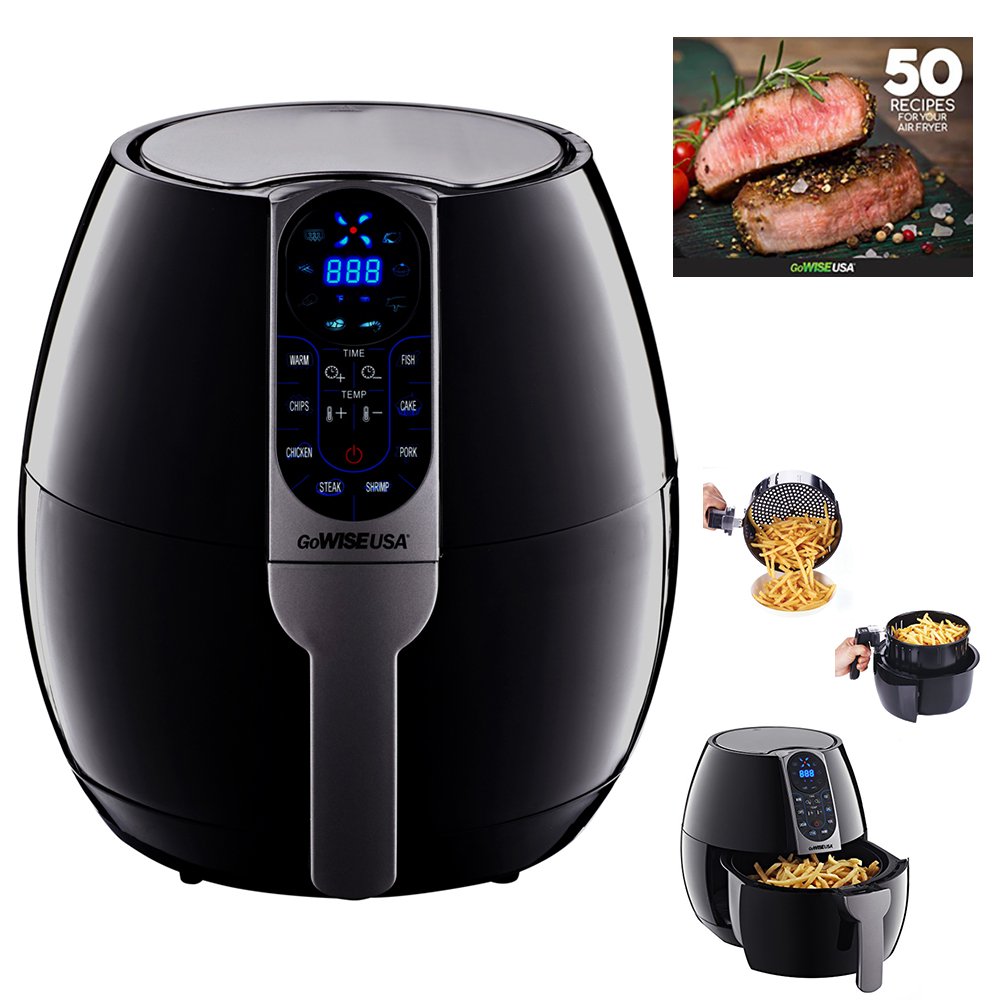 The GoWise GW22622 has all the features that the other models on this list possess. The only difference is that the GoWise GW22622 doesn’t have a touch-screen digital control panel. Instead, it has two dials that you must turn to set its 30-minute timer and temperature knob. There’s an indicator light that tells you when the desired temperature is reached. Similarly, the timer automatically goes to standby mode after the set time has also be reached. 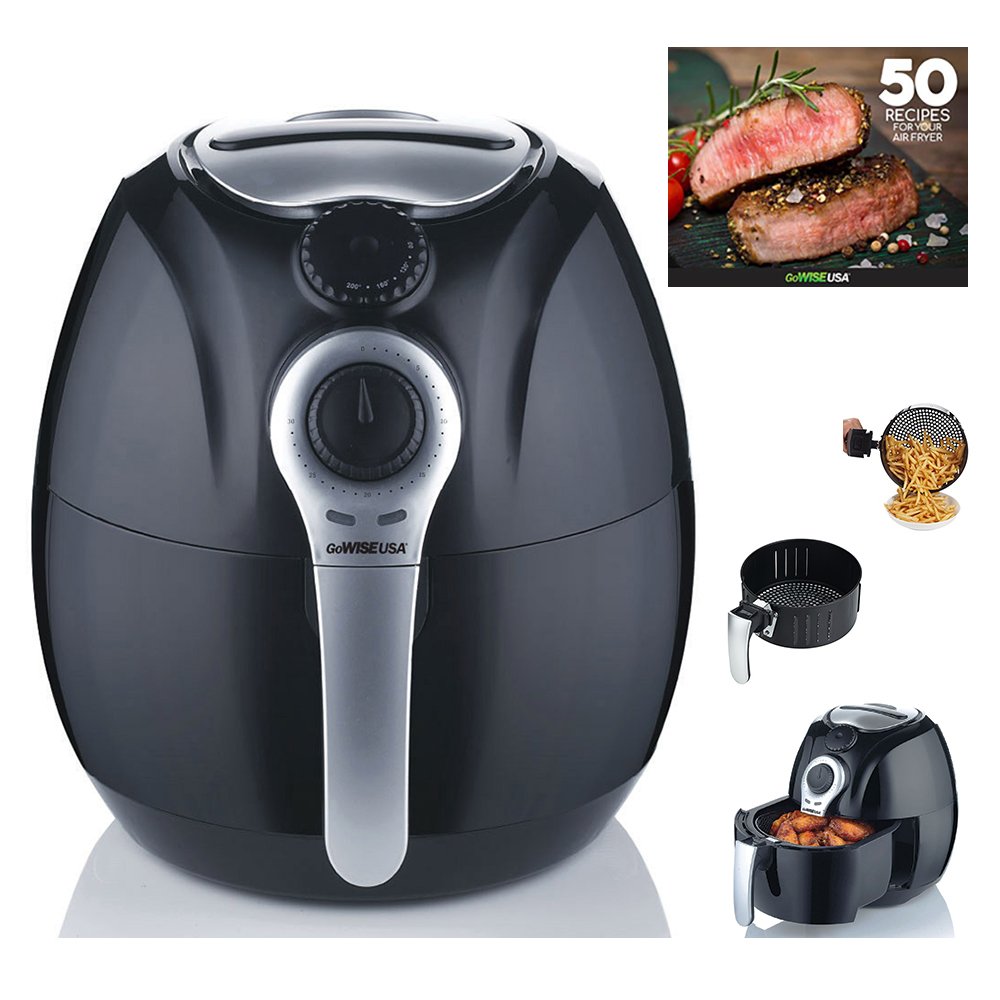